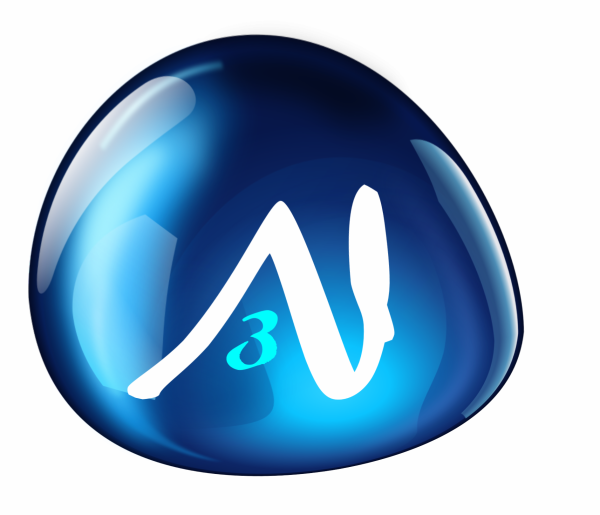 Published by Laurence Nicholson CEO in Wellbeing · 5 April 2022
Is Working From Home Really Good For Us?

There continues to be much conversation about the benefits from being able to work from home, as the ‘new way of working’, from higher productivity, to greater staff freedoms around their family life, but how much have we really dug into what this ‘newfound freedom’ means across all aspects of our lives?

In this article, I am looking into a number of distinct areas unrelated to business or work dimensions, to consider whether the impacts of working from home are actually doing more harm than good.

I started trying to order these in terms of seriousness, but found each had significant levels in their own right, so will just take them one at a time in no particular order, starting with one that I believe has the most empirical evidence than the others, and that is the startling, and indeed frightening impact on our optical health.

Research by such organisations as the World Economic Forum, indicates that approximately half the global population are likely to be short-sighted by 2050. This represents an increase of over 33% on today, which is already massively increased from 1995 levels.

Researchers attribute this to two significant, and related, contributors; our addiction to smartphones, tablets and TV screens, and the reduction in the amount of daylight we are being exposed to, very typically due to our predominantly indoor use of such devices. The fact that a study published in Ophthalmology found myopia much more prevalent in developed economies, the very areas with the highest device and screen use and the consequential reduction in exposure to daylight, does appear to substantiate this.

Why does this cause short-sightedness? Well, we have known for more than 10 years that exposure to sunlight encourages the release of dopamine, and dopamine is known to inhibit eye growth, the elongation of the eyeball being the very cause of myopia. In fact, many studies, including one of schools in Guangzhou, found that students who spent more time outside had an average 23% lower incidence of myopia.

If we look at East Asian countries, where tech addictions are well documents, the prevalence of myopia in 20-year-olds has risen from around 20% in the 1940’s to around 80% in 2010
Now think about how many hours you used to spend in meeting rooms without straining your eyes on screens, talking and using whiteboards or flipcharts, that you now spend on a videoconference screen? How is that going to affect your eyesight?

Tip #1: Limit screen time and take advantage of getting outdoors to be in bright daylight and sunlight. If working, take breaks and get outdoors, and even go for a local walk during lunchtime.
Whilst we are talking about the release of chemicals in our bodies, let’s consider the lack of co-location of working from home.

Oxytocin is often affectionately referred to as the “hugging drug” because it is released by the brain during physical contact with others. It's also the feeling behind love, friendship, and deep trust.

Accepting that humans are social animals, oxytocin is one of the main reasons why. Most current neuroscientific studies of oxytocin indicate that oxytocin doesn’t just always make people happier and more social. Instead, it seems to act like a volume control, amplifying brain activity related to whatever we are already experiencing, playing an undeniably important role in establishing and maintaining relationships.

The significant reduction in co-located interaction due to the physical self-isolation of not going to the office, leads to a reduction in the release of oxytocin. Video meeting functionality does not go near to compensating for this, resulting in shallower relationships, less trust and I have even found varying levels of paranoia in many clients I coach, because they are less able to ‘relate’ to people on a screen.

I am looking into a correlation with their feeling of having less ‘gut feeling’ about people, when interacting on video sessions, and the significant loss of information available to us through situational cues and body language, especially the latter where we cannot see a large part of the body that furnishes us with important messages, even for those of us trained in reading this.

Tip #2: Attend your office whenever possible, co-locating with colleagues and clients, and you will elevate your oxytocin levels, and as a bonus, get more outdoor light and sunshine on the journey!
Let’s now talk about the home environment itself.

It is admittedly nice to not have to make that average 1 hour journey, often on crowded public transport, to get to your place of work, however there was a very positive psychological benefit to this ‘enforced’ activity, in the form of creating a definitive period of ‘switching off’ from work mode, and releasing more of those lovely chemicals to reduce the levels of stress we have experienced during the work day.

Another thing we know is that consistent exposure to elevated levels of cortisol increases the destruction of neurons in our brain, above the natural maintenance levels, leading to reduced cognitive performance. That ‘calm down’ (notwithstanding the frustrations of god old public transport) time played a vital role in limiting the exposure to high stress levels and avoiding unnecessary neuronal damage.

So missing the journey creates problems on its own, but it is also important to consider the environment in which this working day is now taking place, and how much the benefits are globally recognised.

For those who have a large enough property to create an ‘alternative’ office environment, physically distinct from the home, and one where preventing distractions is possible, this can be considered a viable option, notwithstanding the loss of physical co-location and the ‘calm-down’ journey mentioned.

However, how many people actually have that luxury? I certainly don’t, living in London where space is at a premium. In these situations, your work has now firmly invaded your home, and more importantly the home of your partner and family, usually without their agreement or even a choice.

Add to this the strain this can put on relationships, where personal space and alone time is suddenly ripped away from family members, it is certainly no surprise I have seen a huge increase in clients looking for relationship counselling, and reported divorce applications sky-rocketing by over 250%.

If that is not bad enough, even when relationships are strong enough to adjust, how many have thought about the impact to the psychological development of young children. Who are forming their internal world view of who is trustworthy and who they should create a distance from, emotionally?

If your youngster(s) are developing this trust profile in their primary caregivers, that’s you, and had established that when ‘mummy’ or ‘daddy’ was in their presence, they had their attention and felt safe and looked after, now suddenly find that same ‘mummy’ or ‘daddy’ is not available to them, does not interact with them as they did before, it is possible that trust get’s broken, and they ‘learn’ that you are now not someone to trust, resorting to pulling in their emotional connections in case they are hurt. This is potentially a lifelong issue for them, and I see many people in counselling who are suffering from a lack of trust stemming from this stepping back at an early age.

Suddenly, this option to ‘work from home’ starts looking like a nice commercial decision for the company, as they offload valuable office space, but not one which really paid much thought to the employees’ long-term wellbeing, physically, mentally or socially. It served its purpose when we legally had to lockdown, but is not a viable longer-term benefit for individuals, but one which is creating a volume of longer-term problems.

Tip #3: Return to placing your working environment where is should be, in a place of work, unless you either live on your own and don’t care if you have no definitive ‘home’ environment, or have sufficient space at home to create a physically distinct ‘office’ environment, and are not interested in all those other issues identified above, of physical and mental wellbeing, emotional and relational stability and your children’s’ emotional development.
If you absolutely have to work from home because your company has sold off the premises and just rents small amounts of space, ensure you put strict and definitive schedules in place, and where possible avoid family and non-work distractions during your working hours.

Finally, ask yourself whether the ability to get up 5 minutes before starting work, or being able to do 2-3 hours extra work (for which you are most likely not getting paid any extra) during your old journey time, is really worth the impacts few have even thought about, all for a financial benefit the company sees more of than you.